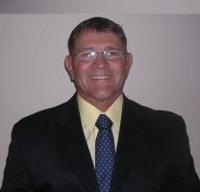 Val Zemke Sr was born in Oshkosh Wisconsin in 1952 to the late Donald and Barbara Zemke. Val was active in sports in Junior High but was not introduced to wrestling until his brother Don joined the High School wrestling team. It was from following his brother and the Lourdes team that Val learned to love the sport of wrestling. Val was a three sport athlete at Lourdes earning 2 Varsity Letters in football, playing fullback, earning 3 Varsity Letters in wrestling - winning 2 Regional Championships and qualifying for state 3 times, earning 3 Varsity Letters in track - being a 2 time Conference Champion, 1 time state runner up, and 2 time state champion in the Pole Vault. Val was also awarded the American Legion Award for Outstanding Senior Athlete.

In 1978 Don & Val were hired as co-head wrestling coaches at Lourdes High School. It was a dream come true. Over the next 20 years, Don and Val worked hard to try to share their love of the sport with many young athletes by teaching them that hard work, commitment, and dedication would make them far more than just better wrestlers.

Val and Don's top priority was building a strong work ethic. This dedication has led to 8 wrestlers with over 100 Varsity wins, 167 Dual meet wins and 30 Tournament Team Championships - including 9 Regional Championship, 3 State Championship runner-up teams and 2 State Championship Teams. They had 3 wrestlers go on to wrestle for the Big Ten - Don True at Ohio State & Brain Schneider and PJ Dowling at the University of Wisconsin. JR Zemke went onto the University of Minnesota to play football. Don and Val were inducted into the Lourdes Hall of Fame in 2004.

In 1984, Don & Val wanted to have the WISSA State Individual Tournament moved to a college venue. The University of Wisconsin - Oshkosh agreed to let Lourdes host the tournament at the Kolf Sports Center, so they applied to WISAA to move the tournament to UWO Kolf Sport Center. Don, Val their families, the Lourdes Booster Club and Wrestling families hosted the State Tournament for 13 years.

In 1990, Don and Val, along with their families, decided to run a Holiday Tournament for the eastern part of the state. This tournament would coincide with the Northern Badger, Bi State, and the Badger State. They were hoping to provide the opportunity to give more wrestlers a chance to wrestle stiff competition in a big venue. That was the start of the Oshkosh Lourdes on the Water Wrestling Classic. The first year they had 18 teams and it has grown to 56 with teams coming from Minnesota and Illinois.

Val would like to thank Coach Larry Van Alsten, Coach Marty Morasch and the late Bill Behring for teaching him more than football, wrestling and track. Val would especially like to thank his Dad for far more than he could put on paper -Thank You, Thank You - wish you were here.

To Don, Chris, & their family, I don't think either of us would be here without each of our families. To my daughter Kam who became a wrestling cheerleading at age of 3 and has worked hard to make Lourdes wrestling a class act and to my son JR whose favorite sport was football but because of his incredible work ethic was still able to go 130-15 and be a 3 time state wrestling champion.

To my wife - Lois- my best friend, thank you for not only allowing me to go after my dream of being a wrestling coach but for jumping into the world of Lourdes wrestling. Both Don and myself know that we would not be here with out Chris and Lois.

Val now resides in Butte des Morts, WI with his wife Lois. His daughter Kam is a graduate of Marquette with a Masters Degree in Speech Pathology and works for the Chicago Public Schools and is married to Cole Searles. Kam will have Val's 3rd grandchild (Brixen Cole) before this induction. Val's son JR is a graduate of the University Of Minnesota (where he earned a scholarship to play football) with a Masters in Education. JR is the Varsity head coach for football at Lourdes. He is married to Tori and gave Val and Lois two grandchildren - Carly & Val III.