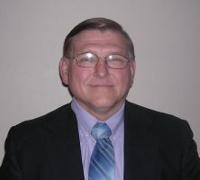 Donald Zemke Jr was born in Oshkosh WI in 1950 to late Donald and Barbara Zemke. He is the oldest of nine siblings. He graduated in 1968 from Lourdes High School where he lettered seven times in 3 sports - football, wrestling, and track. When wrestling was introduced at Lourdes, he joined the team on a dare. He qualified for state in wrestling that year and his senior year. Five of Don`s younger brothers also wrestled for Lourdes and this kept him close to the sport of wrestling. He has been married to Chris for 39 years and has 3 children - Scott, Jamie, and Angie. He has 9 grandchildren - 6 who are Lourdes High school right now (5 grandsons who are on the wrestling team and 1 granddaughter who was a wrestling cheerleader and now assists the coaches). Don's sons started wrestling when they were 4 and 5, so he started a youth wrestling club. For several years, the club traveled all over the state and nearby states. The club produced several youth state champions and national place finishers.

In 1984, Don and Val wanted to have the WISAA State Individual Tournament moved to a college venue. Along with University of Wisconsin - Oshkosh, Don and Val applied to have the tournament moved to Kolf Sports Center. They, along with their wives and families and support from the Lourdes Booster Club and University wrestling coaches and teams, hosted the tournament for 13 years.

In 1990, Don and Val desired to run a big tournament in the east part of the state to coincide with the Bi State, Badger State and the Northern Badger. That was the beginning of the Oshkosh Lourdes On The Water Wrestling Classic. It started with 18 teams and our hope was that it would grow to 32 teams but now in its 19th year has grown to 56 teams with teams from 3 states.

Some of his proudest moments were coaching his brother Ron, sons Scott and Jamie, and nephew JR in the state finals, but he proud of all of the wrestlers who wrestled and gave them their trust, faith, and hard work. He is proud of his niece Kam and daughter Angie who were both 4 year wrestling cheerleaders and team captains. He is proud of his wife Chris and Val's wife Lois who have devoted their lives to helping them do their best. Along with Chris and Lois, both Kam and Angie help run the Classic every year.

His son Jamie, who has been the wrestling head coach at Lourdes since they stepped down in 1998, asked him to come back and assist coaching the team. Last year, 3 of his grandson qualified for the state tournament and it was a thrill to be on the floor in Madison and to coach them along with the other state qualifiers from Lourdes.

Don would especially like to thank the following people. First of all he would like to thank God for all his blessings, next he would like to thank former coach Blaine Felsman who did the work and nominated them for this honor, the WWCA for electing them, the Lourdes community - Randy Walter for hiring them, Coach Marty Morash who gave him the love of the sport, the Lourdes Booster Club for all their support and hard work over the years, the Ad's especially Don Tolkacz who for 19 years always was there when we needed him, all the cheerleaders through the years, all of the assistant coaches but especially Jim Ruddy and Matt Moore who wrestled for them during their first years as coaches and came back to coach for many years (and their wives - Vicky and Beth), my brother Val, his wife Lois, and their family for their loyalty and sharing such wonderful experiences and heartaches through all the years, and to his family - his wife Chris who has been behind him all the way, sons Scott and Jamie, daughter Angie, daughter in laws Tammy and Jen, and his grandchildren - Katie, Nathan, Dylan, AJ, Regen, Austin, Becca, Jordan, and Ciarra for all their love and support.