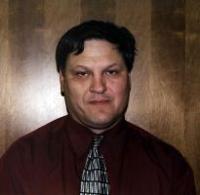 Dave Novickis has given more than three decades of his life to coaching wrestling.

Novickis spent the majority of his career as the head coach at Lawrence University and guided the program to national prominence in the 1990s. Novickis was inducted into the Division III Wrestling Coaches Association Hall of Fame in March 2009 and also was inducted into the Lawrence Intercollegiate Athletic Hall of Fame in October 2009. Novickis guided the Vikings 16 seasons, and it was a time of unprecedented success for Lawrence.

Novickis coached three Midwest Conference champions and 27 conference placewinners from 1994 until the league discontinued the sport in 1997. The Vikings also established themselves on the national stage during this time. Lawrence started a string in 1994 of nine consecutive seasons with at least one national qualifier. Of Lawrence's 31 national qualifiers, 19 came during Novickis' 16 seasons at the helm of the team.

The Vikings followed that with a 10th-place finish at the 2001 NCAA Championships, which is Lawrence's highest team finish at the national meet. Also in 2001, Lawrence had two All-Americans in the same season for the first time in school history when Ross Mueller took third at 174 pounds and Andy Kazik claimed third at 184. Kazik took it a step further in 2002 when he won Lawrence's only individual national wrestling title at 184 pounds. Kazik put together a perfect 40-0 record during that season.

The Vikings also achieved their first national ranking during the 1998-99 season, and Lawrence would be ranked as high as ninth during the 2000-01 season.

Novickis oversaw Lawrence's move to the Wisconsin Intercollegiate Athletic Conference for the 2002-03 season and coached Ben Dictus, a three-time national qualifier, to an individual title in 2005. Even with the move to the WIAC, Lawrence maintained its close ties to the state's other private colleges. The Vikings won the Private College Championships in 1996, 1998, 1999, 2001, 2002 and 2003, and Lawrence took the team title at the inaugural Northern Wrestling Association Tournament in 2007.

The Vikings also have flexed their muscle in the classroom during Novickis' tenure. Lawrence had 19 National Wrestling Coaches Association Scholar All-Americans during the past 16 years, and the Vikings had at least one wrestler chosen for 14 consecutive years.

Novickis began his coaching career in 1978 at the high school level and served at Hortonville High School, Shiocton High School and Appleton West High School before joining the staff at Lawrence in 1990 as an assistant to Ron Roberts.

Novickis is the district manager for McJunkin Corporation. He and his wife, Dawn, live in Appleton and have two adult daughters.