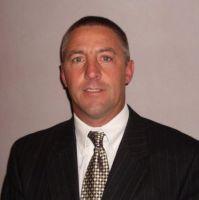 A graduate of Luxemburg-Casco High School, Bob was a three-time state wrestling champion. Earning WIAA state titles in 1983, 1985 and 1986. He finished his high school career with a record of 106-12. After high school, he enrolled at Northern Michigan University. During his sophomore year, Berceau placed second in the NCAA Division II national tournament, but the Wildcats dropped their wrestling program the following year and Bob transferred to UW-Stevens Point. Bob was the first two-time All-American and first National Champion wrestler at UW-Stevens Point. He is also a member of the Pointers wrestling All-History team at 134 pounds. He finished his career with 107 wins. In 1989, he was named First-team All-District, and crowned NCAA Division III National Champion at 134 pounds. He finished his career at UW Stevens point becoming a 3 time All-American. Bob would like to give special thanks to his coaches through the years. (Emil Kuhn-Lux-Casco, Terry Manning & Marty Loy- UWSP). Bob graduated from UW-Stevens Point in 1991 with a degree in resource management and began his career working & owning his own Business (Berceau Soil & Septic LLC.)

Bob began coaching as an assistant under Emil Kuhn for eight years before becoming head coach in 2000. As an assistant he helped coach 4 State Team titles. As head Coach Bob has coached 5 Team state championships & 1 runner-up, 18 state champions, 52 state place winners, 65 individual state qualifiers, & 8 sectional team championships. Bob gives a lot of the credit of his success in coaching to the wrestling program. No team can be as successful from one person, there are a lot of people behind the scene. Special thanks goes out to Travis Spude, Chas Treml, Brian Jandrin, Steve Heim , Mike VanEss, Louie Zellner, Dwight Will & DJ Delabreau (Coaching Staff at high school and Middle school)

Bob is the son of Peter & Theresa Berceau, he has 3 older brothers & 1 younger sister. He married Shelly Worachek in 1991 and has 4 children, Danielle, Mitch, Mason & Demi.