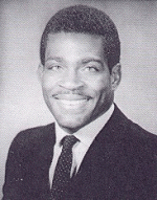 Lee Kemp, a graduate assistant wrestling coach at the University of Wisconsin - Madison has wrestling accomplishments well known to the wrestling enthusiasts throughout the world. His three-time national championships have earned him the honor of being the greatest wrestler to ever wear a University of Wisconsin wrestling uniform. As a freshman at Wisconsin, he went all the way to the National Finals before losing a referees decision in overtime. During his sophomore, junior and senior years, Lee was unbeatable as a collegian. His raw strength, explosive quickness and his tremendous desire to win, stamps Lee perhaps the greatest collegiate wrestler of all times.

Lee's post-collegiate wrestling continues to draw attention, breaking and setting personal and U.S. records. Lee is a three-time World Champion and once a Bronze Medallist. He is the only American in history to win more than two gold medals in the World Championship competition. He was a member of the 1980 United States Olympic Freestyle team. He was four-time World Cup of Wrestling Champion. Again, the only American in history to win 4 World Cup titles. In 1979, he was a Pan American Games Gold Medallist. In addition, Lee is a six-time National Freestyle Champion.

In addition to his outstanding wrestling accomplishments, Lee Kemp is a fine individual, an outstanding citizen and an example for youth throughout our nation.